Awakening at the Red Sea isn’t shabby at all, the sound of the ocean in the distance and the sun shining through the blinds.

A well-rested bunch were ready for breakfast and today we had some rice porridge with a cinnamon and sugar sprinkle and milk for those who wanted. I’m not to fond of porridge but my family is and also the tradition of the Almond in the porridge is a must at Our house. The tradition actually began with the one that got the almond in their bowl was to get married in the next year, but our tradition is that the person will be lucky in the upcoming year. A nice tradition to uphold I think.

After a hearty breakfast we played some more games and then Dad, Andy and I went to a small store in the area to check if there were something fun to buy.

The small shop had lots of snacks, candy and the basic necessities that one could need bread, cheese, milk, eggs and so on. Good if one has forgotten something or just want some thing to nibble on.

Back home again we played some more games and had some fun and laughs.

Then we took another trip to a fish restaurant close by to buy some grilled fish that was fished nearby. The restaurant had fresh Boori or Nile mullet. So we ordered and went home with some great smelling fish for dinner. Mom served it with rice, salad, torshi (pickled vegetables) and Tahina (sesame seed pasta). So easy and so amazing!

After lunch Andy and I took a walk on the beach and in the area. We walked along the beach and picked beautiful shells and rocks.

On the way back we checked out the other buildings and went on the roof of our apartment. Such a great view.

Unfortunately it was quite windy today and there were quite a bit if waves that we didn’t really feel like swimming. The suns rays didn’t warm to much either so no sunbathing or swimming today.

Some reading and resting in the afternoon mixed in with the playing of games both board games and those on our phones such as WordOn, Ruzzle and WordFeud and hanging out made a few hours leap by.

We decided to watch a movie, Alex Cross and just cozied together.

After the movie we had some leftovers from the Christmas luncheon for dinner and started a second movie, Johnny English: Reborn.

A quiet and relaxing day with the family, with no musts and just doing what falls into place. A really nice day!

Tomorrow we’ll be going back to Cairo and leaving the incredible Red Sea behind us for this time. I hope we’ll be back soon and then for a longer time, so that we can just relax and have a great time. 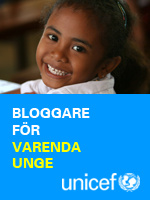